A Home in Mission Viejo called me out, to repair a plumbing leak. The kitchen ceiling was tested with moisture meter testing equipment (tested completely DRY). Then, The master bathroom (directly above) was also inspected. The master bathroom shower fixtures and shower pan were tested (i.e. the pan held about an inch of standing water, then was drained). including testing the toilet next to the shower.  The master bathroom floor was moisture tested (which was tested, ever so slightly elevated at the shower door). The vanity sinks were in an adjacent room and not tested.
After testing the plumbing in the master bathroom, the kitchen ceiling was re- tested with moisture meter equipment (again tested completely DRY).
Unfortunately (or fortunately-however you choose to look at it), the conclusion was that the water damage was not active, but from a one time flood of water, such as an over-flowing toilet and/or shower.
Since I was there, I did take it upon myself to better tighten the base of the toilet to the floor, tighten the toilet seat and repair the personal shower head (which leaked from the head and both ends of the hose into the shower enclosure)
The kitchen ceiling will be repaired and re-painted at a later date. 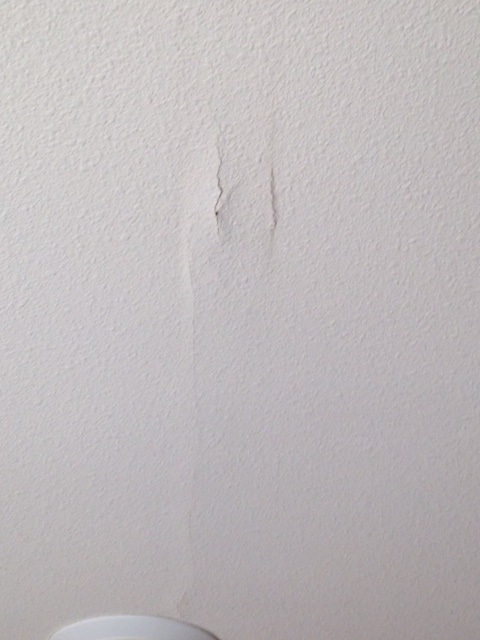